THE PROGRAMME HAS STARTED ROLLING AT FULL SPEED, WELCOMING FILMMAKERS FROM ALL OVER THE WORLD AT SCREENINGS OF THEIR FILMS

Actor Péter Franciskai and editor Gábor Pál Terence Gelencsér brought their film Forest – I See You Everywhere (dir. Bence Fliegauf, shown in the Panorama: Icons programme section), which competed at this year’s Berlinale. The director of audience hits such as The Hours, Billy Elliot or The Reader Stephen Daldry came to personally introduce a special screening of his new TV film Together. The festival red carpet also saw a delegation accompanying the new film by director and screenwriter Rudolf Havlík Lifeline (Panorama: New Currents, Gala sections). The genre debut by Emil Křižka Repulse (Planet Dark section) was also presented by a celebrity delegation.

Mike Downey – one of the most important independent film producers in Europe – shared his invaluable professional experience and insights at a masterclass following the screening of Deathwatch, a 2002 war drama which he co-produced.

The immensely popular special programme section called Culinary Cinema, again moderated by the one and only Jolana Voldánová, this year served the documentary Funke, which follows the American celebrity haute-cuisine chef Evan Funke. The screening at the Cinema City Slovanský dům was followed by an exclusive four-course menu created by masters of Italian cooking at the famous La Finestra in Cucina restaurant.

Screenwriter Marie-José Sanselme talked to the audience at Edison Filmhub who had just seen her film Laila in Haifa (Panorama: Icons section), as did German filmmakers Henrika Kull after the screening of Bliss (Queer Now section) at Kino Pilotů and Bastian Günther after One of These Days (Panorama: New Currents) at Cinema City Slovanský dům. The Irish film director, screenwriter and producer Ruth Meehan also came to Prague to present her feature debut The Bright Side (Main Competition).

As part of the accompanying programme, all visitors are welcome to enjoy the festival CHILL ZONE at Crystal Gardens, its unique film-inspired drinks and an exciting programme full of great music. 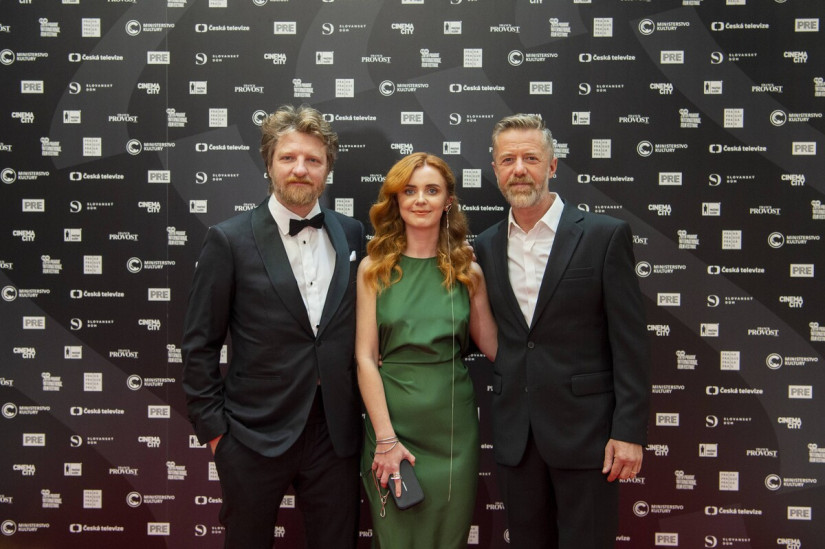