THE NEW CZECH FILM LIFELINE HAD ITS WORLD PREMIERE AT THE 28TH PRAGUE IFF – FEBIOFEST. THE LARGE DELEGATION WAS INTRODUCED BY THE DIRECTOR, RUDOLF HAVLÍK, AND PRODUCER, PETR ERBEN, WHO COLOURFULLY DESCRIBED THE WORK OF EACH MEMBER OF THE CREW.

Among the audience was heart surgeon Jan Pirk, who had offered his expertise to the director despite his busy schedule. It was indeed needed: in Lifeline, popular Czech actor Jiří Langmajer plays a heart surgeon who has to do the hardest surgery of his life. His daughter is played by Martina Babišová, whom we could see in the recently premiered film Shoky & Morthy: Last Big Thing. “There were nine of us in Iceland, a sort of Fellowship of the Ring, and it was a great experience,” said the young actress. “Fascinating work in a fascinating place,” is how Jiří Langmajer summed up the shooting.

“The film was kind of accidental. We had nothing to do during the pandemic, so we decided to make small, great film in Iceland, the only place we were able to travel to a year ago,” said Rudolf Havlík, who has directed the audience hits Pohádky pro Emu (Ema’s Stories) or Po čem muži touží (What Men Want). His new film, which is about a father-daughter relationship, was made quickly: the actors were reading the final version of the script on the plane to Iceland. “I’m immensely proud of the crew and of the film we made, and I believe it fully deserves to be seen on the big screen,” the director added.

The next opportunity to see Lifeline at Febiofest are on 22 September in Prague, and later at the post-festival Febiofest Regions tour in České Budějovice, Brno, Prostějov, Zlín, and Ostrava. 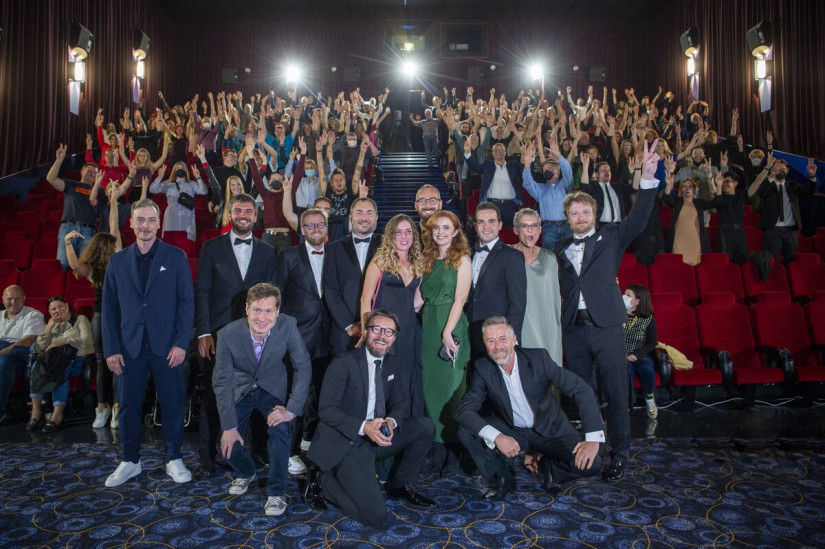