A vibrant discussion commenced after the preview screening of 107 Mothers – a film that arrived at IFF Prague – Febiofest along with its cameraman Havel Parkán and producers Katarina Tomková and Jiří Konečný, as well as Ivan Ostrochovský, who is also the co-author of a script that won awards in Venice. This film will enter Czech cinemas right on May 5th.

As hinted by its Slovak title, “The Censor,” this film was originally planned as a documentary on comical examples of censorship. “One day at the airport in Saudi Arabia, our cameraman Martin Kollár found out that the Saudis draw over the parts of women in miniskirts in copies of western fashion magazines. We wanted to find other absurd examples of censorship, and I came up with the example of a woman censor reading the love letters at a men’s prison. We rode out to Ukraine – it was nearest – where we found Irina. But then the men’s lock-up bored us. Right next to it, though, there was a women’s prison, which also housed young children, three and under. That got us,” said Ivan Ostrochovský of the genesis of this film by the film’s director Peter Kerekes – his co-worker and friend.

The resulting film blurs the borders between documentary and fiction – and in the discussion, its creators let the audience guess which of its characters were played by actresses and which by non-actresses. The authors visited the prison for two years before filming and listened to the women’s stories. “Most were women who had murdered out of jealousy; Peter likes to say now that it taught him you shouldn’t cheat on women. But what interested us the most in the end was the topic of motherhood,” he said. The talk also turned to the current fates of the Ukrainian women shown in the movie. “After our filming, that place was shut down, and some of them are now sitting in Charkov. But unlike the civilians, they can’t just leave it,” Ostrochovský noted. 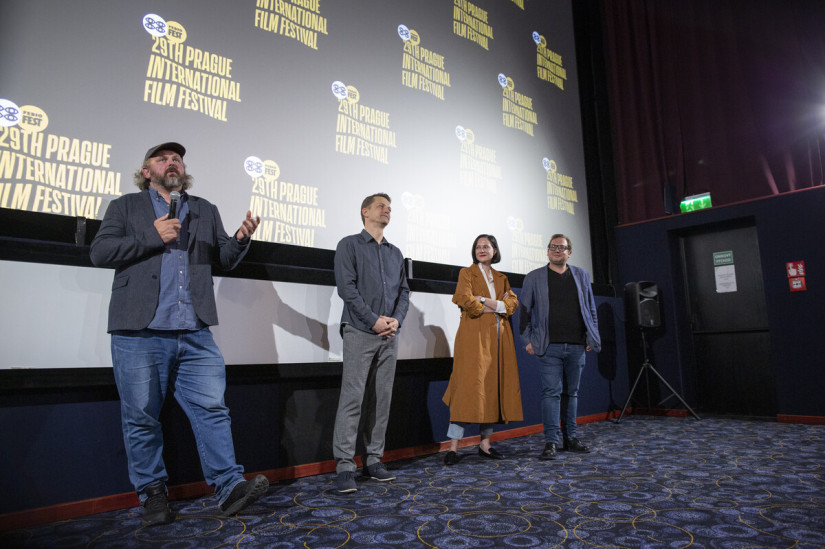