FEBIOFEST PRESENTED A PREQUEL TO THE “MAJOR CASE SQUAD” SERIES

LIEUTENANT DETECTIVE TOMÁŠ KOZÁK IS BACK – AND NOT ONLY IN THE THIRD SEASON OF THE POPULAR CZECH TELEVISION SERIES “MAJOR CASE SQUAD”, WHERE HE IS PLAYED BY ONDŘEJ VETCHÝ.

In January, the detective’s younger self, played by Kryštof Bartoš, will appear on Czech TV screens as well. The first two episodes from the new mini-series Nineties, written by ex-policeman Josef Mareš, premiered at Prague IFF – Febiofest.

The six-part series happened almost by accident. “After finishing the script for the last season of ‘Major Case Squad’, me and Honza Malina started working on a mini-series called ‘Docent’. I was done with my half sooner, Honza’s well of inspiration sort of dried out for a while – and then I injured my knee playing football, I couldn’t move at all, so I was stuck in bed, and I decided I might as well write something else. Then Michal Reitler remembered a conversation we’d had ages ago at the pub, when I told him about some cases from the 90s that I’d worked on, and he suggested that I try and write about that,” Josef Mareš reminisced.

„Josef is a great storyteller, very entertaining, and he always has an unexpected perspective. In the 90s, freedom burst in here, and all the crooks drank from it like there was no tomorrow. They started out quickly, acting the way they had seen in movies. The police had no experience with this, they were caught totally off-guard. I call this the ‘cons vs. cops’ era,” added Michal Reitler, the show’s creative producer. “The 90s were a key period – that’s when the battle was fought over whether the police would end up having the upper hand or not. It basically worked out here in the Czech Republic, but less so in Slovakia. So when Peter Bebjak, a Slovakian director, came to direct the show, his take was unequivocally dark,” Reitler noted.

Like Major Case Squad, Nineties is based on real events, describing several well-known cases. “No real names are mentioned in ‘Major Case Squad’, but in the case of Nineties, the Czech Television agreed with us that it made no sense, given the notoriety of these cases, to rename the characters – everyone would know right away who it’s about, even if we changed Ivan Jonák to Ivan Horák. Only the offenders are shown under their real names, though, no one else,” Josef Mareš clarified. 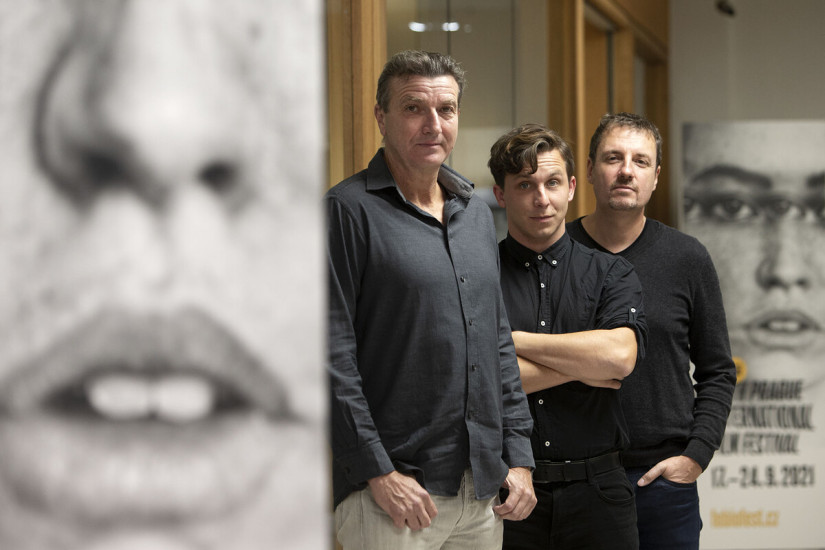