The Sunday programme of the 28th Prague IFF – Febiofest offered the international premiere of Yesterday’s Past (section Panorama: Icons). This postapocalyptic vision of the climate crisis was made by Indian-born director Nila Madhab Panda, who shot it under complicated circumstances with non-actors and in the absence of a script or shooting plan. Irish director, screenwriter and producer Ruth Meehan took the opportunity to meet her audience again for a debate after the Sunday screening of her feature debut The Bright Side (Main Competition).

The fantastic Norwegian cameraman Sturla Brandth Grøvlen has come to Febiofest to present several of his films in a separate section called Profile: Sturla Brandth Grøvlen and offer a masterclass, which will take place at Edison Filmhub in the heart of Prague on 21 September. On Sunday, he introduced a screening of his latest film Last and First Men. And the British director Simon Evans presented his pandemic project Staged, which has been included in Febiofest’s TV Now section.

The audience at the Cinema City Slovansky dum cracked up countless times once the popular group Three Tigers kicked off their wild Tiger Night. Albert Čuba, Štěpán Kozub, Robin Ferro and Vladimír Polák talked to the audience and screened two of their comedy sketches and one film – for the very first time outside of the MírPlay VOD platform.

And what about the Main Competition? Besides the above-mentioned The Bright Side, festival-goers had a chance to see The Whaler Boy and Home on Sunday. The Comedy Competition screened Rosa’s Wedding for the first time, and the audience jury, which decides on the winner of the Comedy Competition, met at the Palace Hotel with the president of Febiofest Fero Fenič to discuss the competing films. 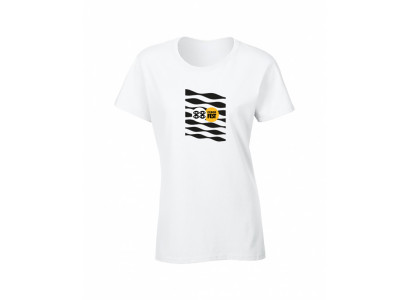