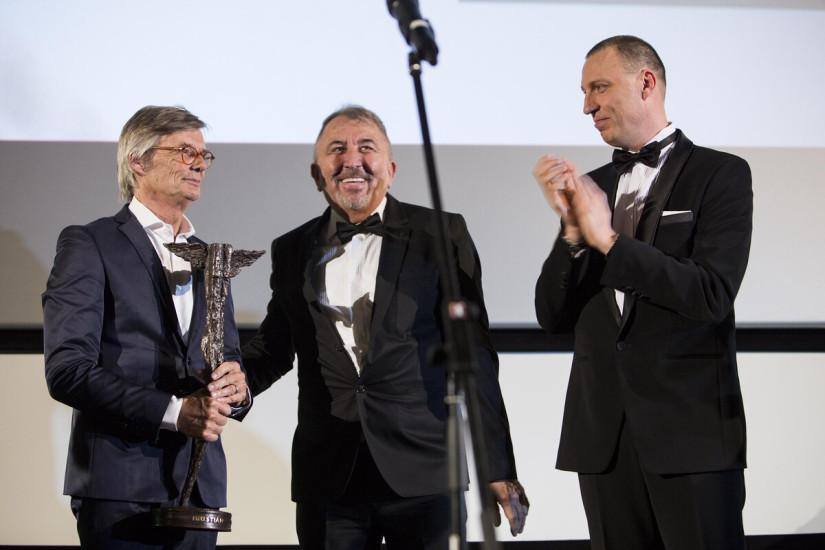 After a three-day stay in Prague at which he presented his new film A Fortunate Man and conducted interviews and a master class, the Oscar-winning Danish director Bille August received a Kristián award for lifetime contribution to cinema at the 26th Prague International Film Festival – Febiofest at its closing ceremony on Thursday 28th March. The festival also bestowed the prize on director Jiří Menzel; it was collected by his wife Olga Menzelová.

The Slovak film By a Sharp Knife directed by Teodor Kuhn won the festival’s New Europe competition section, outclassing nine other pictures by emerging European filmmakers in the opinion of an amateur jury headed by photographer Jan Saudek. Its makers walked away with a prize of EUR 5,000 for the hard-hitting drama about a man whose son has been murdered by a gang of neo-Nazis and is forced to seek justice himself.